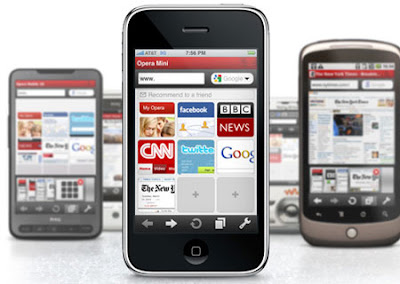 Within two years, the percentage of women on the mobile web has risen 575 percent, according to Opera's latest 'State of the Mobile Web' report having Nigeria with 5.4 percent.

According to Opera, South Africa leads the world's push for gender equality on the mobile web, with women accounting for nearly 44 percent of mobile web users. South Africa has the most female users, 43.5 percent, followed by the US with 35.6 percent, Russia with 32.4 percent and the UK with 31.5 percent. India has the fewest female users, 4 percent, followed by

In the UK, the percentage of female users increased from 16.6 percent to 31.5 percent. Ukraine and Vietnam have the most users under 18 with 34.8 percent and 23.7 percent, respectively. The age group of 18-27 is still the biggest among Opera Mini users.

However, Opera pointed out that the under-18 user base in the US and the UK grew proportionally from May 2008 at the expense of the 18-27 group. The US and the UK have a lot of users who are 38, 26 percent and older, 21 percent.

In July this year, Opera Mini users generated over 445 million MB of data for operators worldwide. Since June, the data consumed went up by 6.9 percent. Data in Opera Mini is compressed by up to 90 percent. If this data were uncompressed, Opera Mini users would have viewed over 4.1 petabytes of data in July. Since July 2009, data traffic is up 138.1 percent. Kenya joins the list of top ten countries for Opera Mini users, replacing Nigeria.

From July 2009 to July this year, page views in the top ten countries in Southeast Asia increased by 238 percent, unique users increased by 205 percent, and the amount of data transferred increased by 227 percent.

Opera said that Google and Facebook compete for the top spot in several Southeast Asian countries. In Thailand and Laos, Google leads, followed by hi5 and then Facebook.

In Vietnam, where My Opera is popular, Facebook is not in the top ten list. Opera Mini users in Southeast Asia tend to prefer Nokia handsets. The Apple iPhone is the most popular handset used by Opera Mini users in both Singapore and Myanmar.
at 10:55 AM
Email ThisBlogThis!Share to TwitterShare to FacebookShare to Pinterest
Labels: Opera