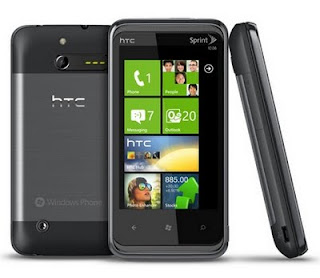 Partnering on distribution channels between NetQin and HTC has taken place following the strategic investment of $2.5 million from HTC to NetQin in November 2010.

HTC handset users can install NetQin Mobile Anti-virus and NetQin Mobile Manager for free at HTC Marketplace or HTC Likes to get protection against malware, trojans, and other emerging mobile security threats while better managing their communications on mobile devices.

Mobile Anti-lost: With NetQin's Mobile Anti-lost feature, users can access their phone remotely in the event that their phone is lost or stolen and pinpoint the missing device's location, as well as send commands to erase data, lock the phone or sound an alarm.

In addition to the fundamental feature of cross-platform backup feature, NetQin Mobile Manager for Android also features the following:

Call manager, enables users only to answer the calls they want to and helps them handle incoming calls more efficiently and diplomatically.

Private space: Conceals user’s contacts and communication. It ensures that selected contacts, calls, messages or private data can only be seen by the owner, even while the phone is in someone else's hands.

HTC is the fastest-growing mobile device maker in history and offers easy-to-use solutions that embrace the full range of mobile multimedia resources, wireless anytime and Internet on the go.

NetQin is providing a comprehensive suite of mobile Internet services that protect mobile users from security threats and enhance their productivity. NetQin's service is now being used by approximately 85 million users in more than 100 countries and regions worldwide across multiple mobile operating systems, including Android, Blackberry, iPhone, Symbian and Windows Mobile.


at 8:46 AM
Email ThisBlogThis!Share to TwitterShare to FacebookShare to Pinterest