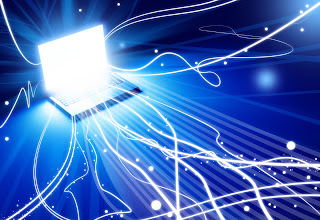 By Grant F. Lenahan
Once upon a time mobile telephones burst on the scene. At first they were a luxury good. We charged by minutes, a few people bought them, and things were good I guess.
As technology progressed, device prices fell, and competition grew, operators became more innovative. We had bucket plans, night rates, weekend rates, friends and family plans, rollover minutes, per-second rating and myriad other innovations. The goals were simple: make plans that were attractive to consumers; differentiated from our competitors; and avoid giving away the value.
Then along came data. Data can be confusing to consumers, since they don’t consume megabytes – they consume content. Furthermore, ISPs have trained many Western consumers that broadband IP service is unlimited. This quickly resulted in a proliferation of unlimited plans – or at best plans tried to devices (messaging devices, feature phones, smartphones).
This has led to a number of problems, which can be summarized as one-size-fits-none. One size prices large segments out of the market. One size leaves money on the table for real data hogs. One size creates a commodity good – driving price competition and going margins. Worst of all, one size means that all data costs the same, high or low value, peak times or not, creating a mis-match  between value and price.
Interestingly, emerging markets so far have done better. They have acted less as technologists selling capacity, and more as marketing merchants selling services and value. In some developing countries (and sometimes it seems they are developing right past the West), data is priced by the services you access - e.g. Twitter or music. In others, prices vary dynamically, reflecting the relative supply and demand for capacity at any given cell at any given time.
As an industry we must recognize that our success depends on delivering services that are packaged so they are attractive, affordable and profitable. This seems simple, but it contradicts most recent pricing trends. We are also seeing disturbing trends, such as data consumption rising much faster than service revenues. Fortunately, there are also economies of scale in mobile networks; but still, this cannot continue forever. More importantly, it shouldn’t.
I want to stress four fundamental principles of successful pricing:
Micro-segmentation
Develop a broad range of tiers or packages that match the needs, budgets and interests of many segments.
Consumer packaging
Price in ways that consumers understand.
Value pricing
Match price to value delivered.
Yield management
Recognize that your inventory changes temporally and geographically.
One concern I hear regularly is that “we need to keep things simple for consumers”. True, it must be in terms they understand. But often, simplicity for the consumer means more complexity for the MNO. It’s our job as an industry to manage this complexity. Flat-rate pricing is only one way to make things simple; others such as pricing by service (video vs. VOIP vs. web vs.…) are equally simple and allow both the consumer and the MNO to manage budgets, value and profits much more effectively. As science fiction author Sir Arthur C. Clark said “any sufficiently advanced technology is indistinguishable from magic” My job as a vendor apparently is to deliver that magic.
Apparently, magic is more accessible than previously thought. Tata Docomo (India) and tier 1s in CALA both charge by service. Some also charge voice by the second and text (SMS) by the character. Other tier 1 MNOs in developing regions introduce new packages by micro-segment; or take advantage of major events (football matches, carnival, etc.). Other creative players assign plans to devices - such as book readers. We routinely see offers created in days-offers that are unique, profitable, affordable and also generate buzz, which translates to free publicity.
Technologically this is certainly much more complex than after-the-fact, flat-rate billing. But the above examples demonstrates that it’s both feasible and affordable to do more – affordable that real-time systems do all of this in places where ARPU in tenth to a fourth that of North America or Western Europe. So, with the right vendor, architecture and attitude, neither technology nor costs are the issue.
I strongly urge the industry to think about segmentation along several axes – not merely disposable income. Consumers’ needs differ by affordability, but also by willingness to spend, quality requirements, convenience, timeliness, and advance phones are both utilitarian and decorative. What shoes go with a blue X-phone?
I also urge the industry to go back to one of its oldest tricks – off-peak pricing. Compared to voice rates of yesteryear today’s network pose many more variables, and today’s analytical technology allows for more complex solutions. In fact, most mobile networks have quite low averages utilization, while they simultaneously experience well publicized congestion.
Taking advantage of this paradox, my employer, for instance, has also implemented dynamically varying pricing that takes into account congestion, supply/demand trends, price elasticity, and other factors. Interestingly, this is not simply a method for clearing unused inventory (although it certainly does that), but also a method of gently and positively altering consumer behavior – so that it better matches your real capacity costs.
Grant F. Lenahan is vice president and strategist for service delivery solutions at Telcordia Technologies.
at 7:24 AM
Email ThisBlogThis!Share to TwitterShare to FacebookShare to Pinterest