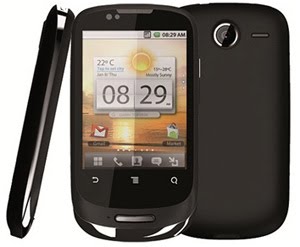 First of its kind a device that is cheap and also allows users to do many things. The Etisalat Gaga is a must get for users who value quality, durability and functionality.

The device was customized specifically to help students, professionals, and people who want to be able to achieve much within a little space of time with a fast internet download speed of 7.2Mbps.

Apart from the speed, the Gaga’s ability to share its connectivity using the Wi-Fi hotspot makes it a lot easier for even families to share a common network to browse the internet.

Coupled with that, with the 1200mAh battery, users are sure that they can achieve much while on the go.

It also has the capability of downloading applications, email-on-the-go, document viewing and editing on the go, large memory size for storage, Google maps and satellite navigation.

Speaking with Adebayo Adewale (a student), a user of the device, said with the Etisalat Gaga, watching YouTube, Live football matches, and movies without any break in transmission makes it a mini television. He added that he also shared his data plan (Internet Access) with friends using the portable  Wi-Fi hotspot on the device.

According to him, "My experience with the device is exceptional. It’s a must get device. Experience is still the best teacher".

The Etisalat Gaga comes with a free monthly 50MB for 4 months (Free 200MB in total) and with a cheapest call rates of 20kobo/sec with no access fee for first 4 months and for subsequent months on purchase of consistent data plans.

Users can activate the Etisalat Gaga Andriod Smartphone offer by either sending Gaga to 8180 or by going to any Etisalat experience centre.

The Smartphone is fully customized (both software and hardware) and fully locked to Etisalat network with a one year warranty.

at 7:45 AM
Email ThisBlogThis!Share to TwitterShare to FacebookShare to Pinterest