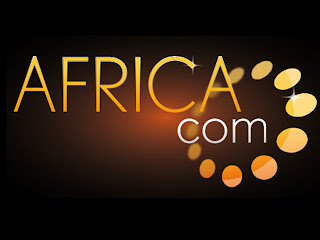 In order to reduce Capital and Operational expenditure (CAPEX and OPEX) in the telecoms industry, the Chief Executive Officer, Etisalat Nigeria, Steven Evans, has outlined major initiatives which operators needs to take to actualize this objective.

Speaking at the largest telecommunications conference in Africa held recently in Cape Town, South Africa, Evans stated that such initiatives were to benefit customers and would result in reductions of tariffs, increased coverage of networks as well as greater profitability for the operators.

In his presentation titled ‘Operator Strategies to reduce CAPEX and OPEX in Africa’, he noted that the telecoms company have already undertaken a number of major CAPEX and OPEX reduction initiatives such as co-location and hybrid power and was actively considering others like transmission sharing and sales and leaseback of towers. In the Commercial arena, the company has also embarked on a number of operational efficiency initiatives such as optimizing retail outlet formats and migrating to over the air recharges for prepaid customers.

Evans said “At Etisalat, our aim is to develop ways of making more efficient use of available resources to achieve the best results. For instance, we have been propounding the philosophy of co-location in Nigeria and are happy to say that we have made significant progress with one of the other major operators in the country. That has given rise to an extensive co-location agreement and a good deal for both parties and the country in general. This has also led to a reduction of resources channeled to erecting new towers and the opportunity to cover more communities and areas”.

He highlighted tower sale and leaseback as an excellent way of releasing capital to invest in core activities such as customer acquisition, management and retention as well as increasing the number of significant tower deals by African tower companies.

According to Evans “Operators in the telecommunications industry are not required to own their towers in order to have effective operations. Towers can be owned and managed by third party specialist tower companies. A major advantage of this is that capital is saved and re-invested in the growth of business, network expansion and improved services”.

Africa Com conference organized by Informa telecoms and media is the largest communications conference and exhibition in the continent gathering together over 5000 telecoms decision makers.

at 1:36 PM
Email ThisBlogThis!Share to TwitterShare to FacebookShare to Pinterest