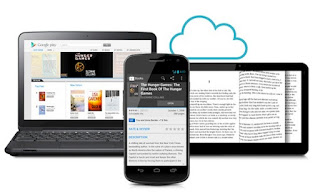 The entertainment portal would be home for Android apps for Nigerians and everywhere else, except for US, UK, Australia, Canada, and Japan.

The platform will group existing services such as the Android Market, Google Music and the Google Bookstore, allowing users to buy, store and sync content across devices.

Goolge is also adding video rentals, initially offering 'thousands' of films, including new releases and HD titles. The portal will be available from any web connection as well as Android phones and tablets.

Content already purchased from Google will still be available through Google Play, by logging on to the Google account. To mark the launch, Google will be offering a different album, book, video rental and Android app at a special price each day for the next week in the '7 Days to Play' sale. In the US, the first day's titles include the collection of top 40 hits Now That's What I Call Music 41, the popular game Where's My Water, the novel Extremely Loud and Incredibly Close and the movie Puncture for USD 0.25 each.

at 12:22 AM
Email ThisBlogThis!Share to TwitterShare to FacebookShare to Pinterest