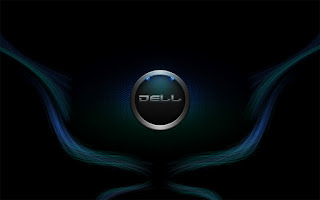 Dell incorporation has reported sagging second-quarter profits and warned of more tough times ahead as the company continues to transition away from its original business selling personal computers.

Dell blamed the poor performance on a sluggish economy and diminished demand for PCs.

Dell's chief financial officer, Brian Gladden, said "We're trying to be realistic" in reference to prospects for the remainder of the year. He noted that Dell's newer businesses that sell products and consulting services to corporations are performing well.

Gladden said in an interview that consumers gravitated toward cheaper PCs during the quarter and that the economy also hurt sales. He said the release of Microsoft Corp.'s MSFT +0.20% new Windows 8 operating system in late October could hurt current-quarter sales as customers hold off on purchases until it is released.

The announcement marked Dell's second straight quarter of disappointing results, and its stock price has fallen about 18% since late May. In after-hours trading Tuesday, Dell's shares fell 4.5% to $11.79.

Dell said it expects sales in the current quarter to decline between 2% to 5% from August. It projected earnings per share of at least $1.70 for the full fiscal year, excluding items, down from a projection of at least $2.13 per share earlier this year.

The company has staked future growth on sales of these and other products, such as software and storage systems, to businesses. Earlier this year, Dell formed a software group and has added to it through a series of acquisitions.

A version of this article appeared August 21, 2012, on page B7 in the U.S. edition of The Wall Street Journal, with the headline: Dell Outlook Gloomy as PCs Slump.
at 2:51 AM
Email ThisBlogThis!Share to TwitterShare to FacebookShare to Pinterest