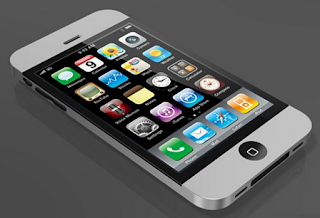 Apple has announced the launch of its iPhone 5. The iPhone 5 supports LTE and DC-HSDPA wireless standards and features dual-band 802.11n Wi-Fi support for speeds up to 150 Mbps. It also complies with the Everything Everywhere (EE) newly launched 4G LTE network.

Other notable features of the  Apple iPhone are 4-inch Retina display, iOS 6 and a 7.6 mm anodized aluminum body that is 18 percent thinner and 20 percent lighter than the iPhone 4S.

The iPhone 5 comes equipped with an 8 megapixel iSight camera, video face detection for up to ten faces, the ability to take still photos as you record and a new FaceTime HD front facing camera that can be used for self portraits and recording 720p HD video. The iPhone 5 also comes with the new Apple EarPods and 8-pin connector called Lightning, replacing the earlier 30-pin adapter.

According to Apple, the phone has over 200 new user features as well. This includes a new Maps app with Apple-designed cartography, replacing Google Maps, which offers turn-by-turn navigation and a new Flyover view, as well as Facebook integration for Contacts and Calendar with the ability to post directly from Notification Centre.

The iPhone 5 comes in either white and silver or black and slate and will be available for USD 199 for the 16 GB model, USD 299 for the 32 GB model and USD 399 for the 64 GB model online or in Apple retail stores and selected Apple Authorized Resellers. At the same time the prices for the iPhone 4 and 4S are reduced, with the iPhone 4 available free with some contracts. The new iOS 6 will roll out to existing iPhone owners from 19 September.


at 4:54 AM
Email ThisBlogThis!Share to TwitterShare to FacebookShare to Pinterest