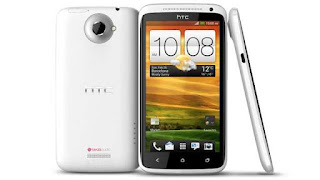 The EE has listed HTC One XL, Nokia Lumia 920 and the grey Samsung Galaxy S3 as the first Smartphones that would be used to run the 4G Long Term Evolution in the UK.

The Long Time Evolution (LTE) marketed as 4G LTE, is a standard for wireless communication of high-speed data for mobile phones and data terminals. It is based on the GSM/EDGE and UMTS/HSPA network technologies, increasing the capacity and speed using a different radio interface together with core network improvements.

Following EE's launch of the first 4G networks, the mobile operator noted that it would have a number of top-end devices available in the nearest future. The list includes the Samsung Galaxy S3, HTC One XL, Nokia Lumia 920, Nokia Lumia 820 and the Huawei Ascend P1 LTE.
The network will also be selling two mobile WiFi devices - the Huawei E589 Mobile WiFi and the E392 Mobile Broadband stick.

The HTC One XL made its debut in Europe earlier this year. The device supports the fast 4G LTE connectivity it features a 4.7in 720x1280 IPS screen, Android 4.1 Ice Cream Sandwich (ICS) with the HTC Sense UI, a 1.5GHz dual-core processor, an 8MP rear-facing camera, a 1.3MP front-facing camera and 32GB of internal storage.

The EE did not state when the device would be available, however the Nokia Lumia 920 and 820 handsets to appear at some point in November and the other three in subsequent weeks.

The mobile operator's announcement of its 4G LTE Smartphone lineup follows the news that EE will start rolling out its LTE network in the UK today, with 16 cities scheduled to be connected by the end of the year.


at 7:48 AM
Email ThisBlogThis!Share to TwitterShare to FacebookShare to Pinterest