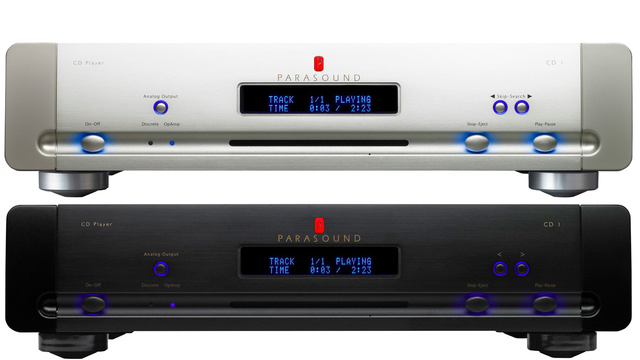 Parasound has created the CD 1, a Linux-powered standalone CD player that reads a disc multiple times during playback to find and eliminate errors.

It turns out that even the most expensive of home stereo CD players are still occasionally susceptible of incorrectly reading the data on the disc, which can ruin the listening experience.

It works not unlike a piece of software called EAC—or Exact Audio Copy—that was most popular back when all of us were converting our CDs to MP3s.

The CD 1 spins the compact disc four times as fast as a conventional player, allowing it to make multiple readings and compare them for discrepancies. If they match, it assumes its read the disc correctly, but if they don't it will keep reading again and again until they do.

A 30 second RAM buffer prevents the song being played from skipping if the player has to re-check again and again. And in the event a perfect match can't be made, the CD 1 will actually perform a detailed sample-by-sample analysis until the bad fragment is located and can be corrected via built-in software.

For the average listener the attention to detail and the N720,000 price tag is a little overkill. But to audiophiles, the whole package probably sounds just about right.
at 5:30 AM
Email ThisBlogThis!Share to TwitterShare to FacebookShare to Pinterest