Who Builds The First iWatch Between Samsung & Apple? 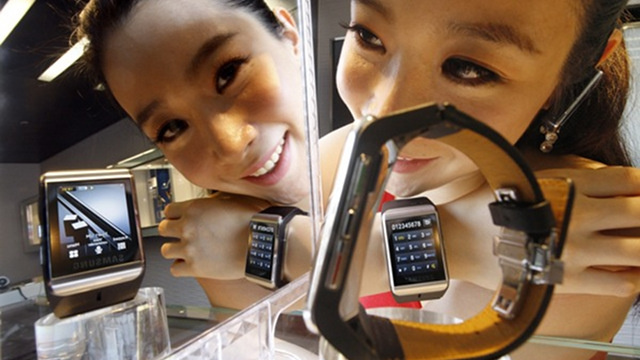 The Executive Vice President of Samsung Mobile, Lee Young Hee told Bloomberg in an interview that they are on the verge of producing a Smart Watch.

According to Hee, “We are preparing products for the future, and the watch is definitely one of them”.

Though he was not specific about the time and what the smart watch would look like, Hee, however, noted that what is more important between itself and Apple is who commercializes it first so consumers can use it meaningfully.

Samsung has patents related to wrist watch tech spanning nearly a decade, as Unwired View notes, covering various types of wearable phone designs. In fact, Samsung has even produced some of its creations, including the S9110, a smartphone in the shape of a watch it actually shipped in 2009. In fact, Samsung created the first-even watch phone back in 1999, when it created the SPH-WP10.
at 7:05 AM
Email ThisBlogThis!Share to TwitterShare to FacebookShare to Pinterest