Are Service Providers Hedging Their Bets? 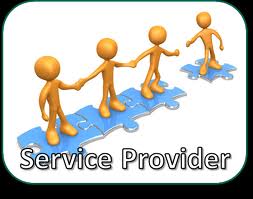 By Peter Radizeski RAD-Info Inc
Every hardware vendor is “going cloud.” Digium just launched Switchvox Cloud, its version of Asterisk Hosted IP-PBX. Let’s not forget that Cbeyond offered an Asterisk in the cloud service via its Aretta purchase before rolling out a Broadsoft Hosted PBX offering. Shoretel acquired M5. Mitel has a hosted service. VARs are using Cisco HCS. Microsoft Lync is big in the Fortune 50 crowd.

Then we have Dell, which is taking itself private in order to transition from a hardware vendor to a cloud services company. Obviously, this transition isn’t easy for any company. Ask Microsoft partners or Mitel.

Transitioning to cloud is not as easy as slapping gear in a data center calling it cloud and you are off and running. Well, you are running – chasing revenue as fast as you can. As I learned from speaking with Sonian, building for cloud delivery is very different that moving it to a data center or virtualizing it. However, it will be a few years before the market grasps that yet.
It is as much about a culture shift as it is a revenue model shift from CAPEX to OPEX. I think most people do not understand this.

Selling hardware is easier than selling an intangible service – for the salesperson. There is bias from buyers and the sellers that owning the hardware is a better solution (even when it isn’t. I deal with it every day.)

Hosted PBX isn’t for everyone. Therein lies the rub. Every provider thinks that everyone should be using Hosted PBX. Why? Certainly, single location small businesses can still utilize a premise key system. Cloud services are most impactful for a distributed, mobile or virtual workforce. Or the company has to be making the shift to cloud – building out a data center, virtualizing servers, deploying MPLS, migrating to EMR or some other big step toward a cloud IT infrastructure.

Everything is shifting to cloud. Companies are lured by the monthly recurring revenue and the declining hardware sales. I can’t tell if they are hedging their bets or they think everyone will be leasing a car over buying one soon.
at 1:25 AM
Email ThisBlogThis!Share to TwitterShare to FacebookShare to Pinterest