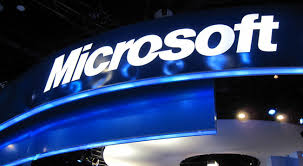 Microsoft is set to release an update to Windows 8 later this year in an attempt to make the operating system easier to use on computers without touchscreens.

Tami Reller, the chief marketing and financial officer of the Windows division, said in a blog posting that the Windows Blue update will be released this calendar year.

More details will be released over the next several weeks in the lead-up to Build, a Microsoft developer conference in San Francisco. Reller told the New York Times that Microsoft’s own research on Windows 8 usage patterns showed that customer satisfaction with the system was on par with that of Windows 7 when the Windows 8 users have tablets or other systems equipped with touch screens. Among people with conventional PCs, operated by keyboard and mice or track pads, Reller said, "We need to help them learn faster".
Microsoft has sold over 100 million licences for Windows 8 so far, up from 60 million in January. Reller said this was in line with sales of the previous version, Windows 7, six months after launch. It's also surpassed 250 million app downloads from the Windows Store.
In another development, Reller said Microsoft was allowing its hardware partners to make Windows 8 tablets with screen sizes in the range of seven to eight inches, smaller than the nine-inch-plus tablets that have been available so far.

at 5:16 AM
Email ThisBlogThis!Share to TwitterShare to FacebookShare to Pinterest