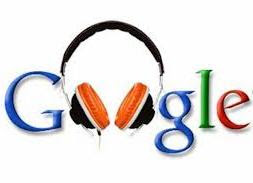 Google is developing a Bluetooth wristwatch and a game console powered by its Android operating system according to Wall Street Journal.

In line with the new development, Google is preparing to release a second version of the Android-powered media-streaming device called the Nexus Q. The device was unveiled last year but it was never sold to the public.

Google hopes to design and market the devices itself and release at least one of them soonest, the report said.


According to the paper's sources, the products come in response to similar plans by Apple, which is expected to include a gaming platform in its next update of Apple TV. The new products are being developed separate from Motorola. The latter is currently focused on launching an Android-based smartphone called the Moto X, the paper said.

Other new development projects at Google include low-cost Android smartphones, which could be offered in markets where Google plans to fund or help create wireless networks, and the extension of the next release of Android to new devices, including laptops and appliances such as refrigerators. PC makers including HP are reportedly already working on laptops running Android.
at 8:13 AM
Email ThisBlogThis!Share to TwitterShare to FacebookShare to Pinterest