Would Microsoft Dump the 2520 Range? 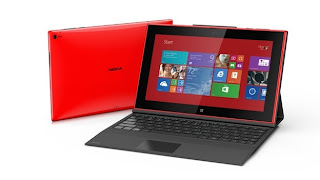 The senior vice president of product management at Qualcomm, Raj Talluri, has stated that it would not be wise for Microsoft to dump the 2520 range in favour of its existing surface tablet. This was made known while speaking with CNET personnel at an exhibition recently held in United States.
Qualcomm produces the chipset for Nokia’s first tablet. The chipset powering Microsoft’s own tablet is made by Nvidia.

Microsoft’s Surface 2 tablet is powered by a 1.74 Nvidia Tegra 4 chip, while the 2520 is powered by Qualcomm’s Snapdragon 800. The first benchmarks have also suggested that Nokia’s tablet has the edge.

However, the success of both tablets will depend on the reception to Windows RT. These second generation tablets will be hoping to turn around the fortunes of the flagging operating system.
Qualcomm’s Talluri, however, is optimistic about the future of RT. “We have a longer term view on these things,” Talluri told the site. “The RT of today may not be the RT of tomorrow. But the vision of a device that’s both your entertainment and productivity device that you want to carry with you is going to be there. We invest for the longer term.”

at 9:29 AM
Email ThisBlogThis!Share to TwitterShare to FacebookShare to Pinterest