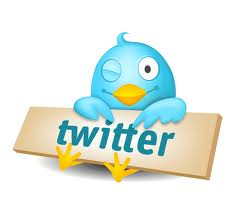 The San Francisco-based company, Twitter, has implemented a new security measures known as ‘forward secrecy’ to protect traffic going through its website according to a recent post on its blog.

The company said, “Forward secrecy is just the latest way in which Twitter is trying to defend and protect the user’s voice. A year and a half ago, Twitter was first served completely over HTTPS. Since then, it has become clearer and clearer how important that step was to protecting our users’ privacy.”

“The security gains have never been more important to implement,” the company added.
Under the new system, new keys are created for individual sessions, making it impossible to use a master key to decrypt them.

Twitter encouraged other sites to follow its lead in implementing the technology, both HTTPS and foreward secrecy.

As a result, many leading technology companies such as Google and Yahoo! have strengthened their security measures to shield their networks and online user data from unauthorized spying.
at 3:50 AM
Email ThisBlogThis!Share to TwitterShare to FacebookShare to Pinterest