Is Nokia Working On Running an Android OS? 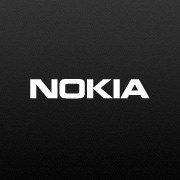 
However, the most interesting part of the reports is that Microsoft – which recently agreed to buy Nokia’s devices and services divisions – may not kill the project.

According to AllThingsD, the Normandy project has survived despite internal pressures and Microsoft’s purchase of its Windows Phone and low-end mobile phone division.
Sources speaking to the site have said the general feeling in Nokia is that while Microsoft hasn’t greenlighted the project, it is willing to see where it goes.

The version of Android Nokia is developing is heavily tweaked, in the same way that the version of the open source operating system is on Amazon’s tablets.

According to the report, the version of Android Nokia is developing bears more than a passing resemblance to Windows Phone 8. It is said to use a tile-based interface, rather than the ‘squircle’ or button-based approaches of Asha and vanilla-Android respectively.

It would also serve as a platform for Microsoft to push its own services, such as Bing and Skype.
According to the source, this approach is seen as a more palatable approach to using Android, rather than introducing a raft of new customers to Google’s own services.
The first models of the phone are said to currently be in testing.

at 3:11 AM
Email ThisBlogThis!Share to TwitterShare to FacebookShare to Pinterest