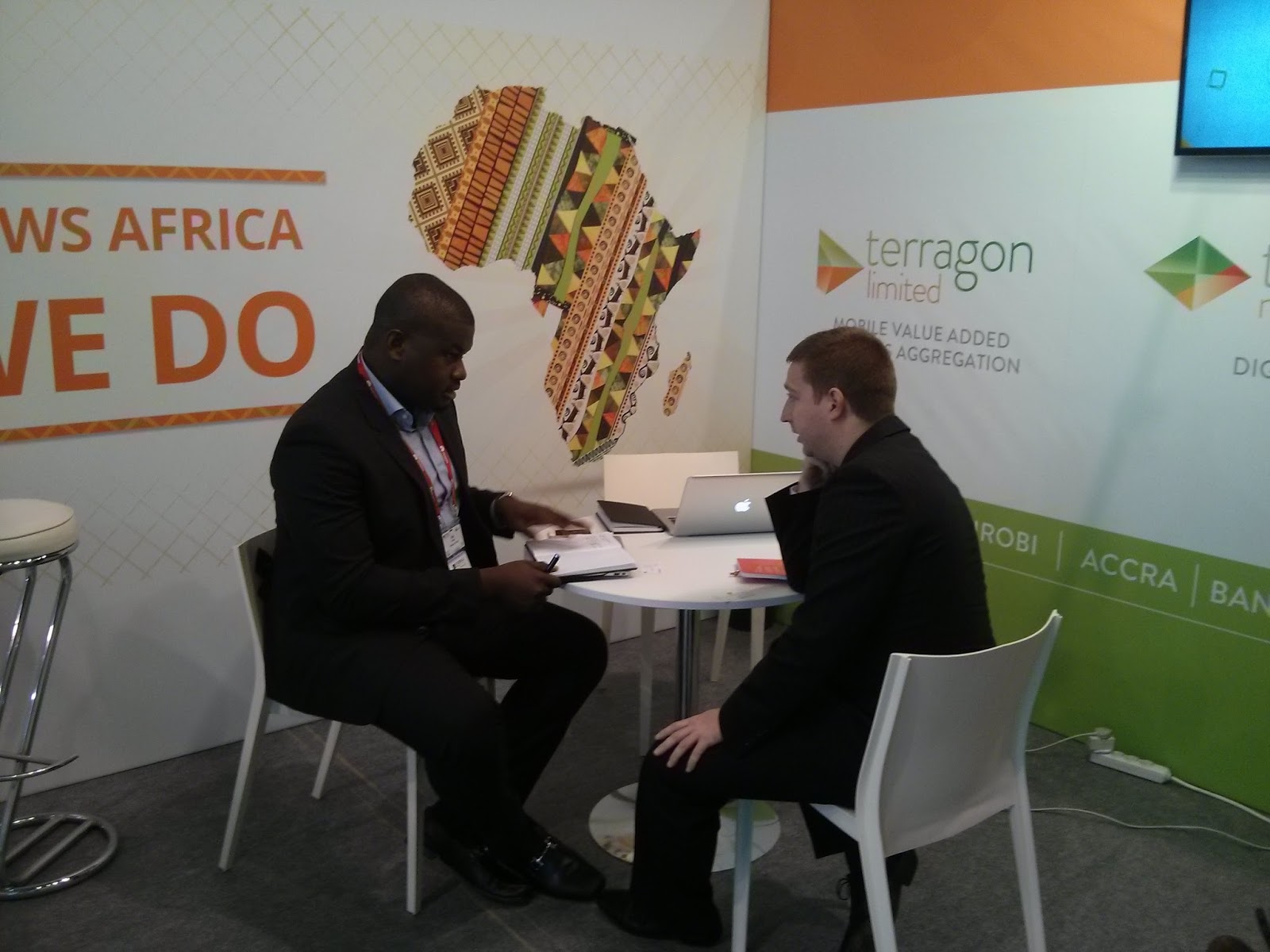 Mobile technology has been described as the next step in the marketing evolution and a definitive medium which would redefine the way in which brands interact and engage with their target audiences on the Africa a continent where over half of its inhabitants will access the internet for the first time on the mobile device.


This was said by Group Managing Director and Founder of the Terragon Group, Elo Umeh, at the on-going Mobile World Congress holding in Barcelona, Spain from the 24th to the 27th of February 2013.
According to Umeh the industry is experiencing a tremendous shift in media consumption by the mass market to mobile like never before, especially in Africa which currently accounts for the highest growth of smart phones globally. “Mobile penetration in Africa is stipulated to be about 80% in 2013 and growing. Right now there are more mobile devices than there are television sets. Mobile and digital services have the potential to generate significant earnings and boost the economies in Africa”, said Umeh.
He added that, according to recent research reports by Gartner Inc, African Telecoms firms specifically are predicted to generate over $1.3 billion in mobile advertising revenue alone by 2016. “the global market for mobile advertising will reach $18 billion in 2014 and grow to $41.9 billion by the end of 2017 this information goes to show the potential that mobile advertising has, not only in Africa but globally”, He said.
Terragon is making its debut appearance and is showcasing its three business units at the Mobile World Congress with the aim of showing the Global community the business potential of the African market. Terragon’s focus is on Digital Media Marketing, Mobile Content Aggregation and Marketing as well as Mobile Advertising.
Terragon Group boasts of Africa’s first indigenously owned mobile advertising network Twinpine, which provides a platform for owners of mobile platforms including mobile sites, mobile apps and social networks, to make money from advertisers by serving ads on their various platforms for the African audience. Part of the exhibition from Twinpine includes a demonstration of the first mobile advertising platform custom built for the African consumers with unique value add and specific market solutions for the African continent. Some of these innovative solutions include, ad sizes suited to the African market and splash screens that give advertisers more media mileage for their money.
With the growth that is currently occurring in the new media sphere (comprising of mobile technology, internet usage and social media) in Africa, Terragon is currently distinguishing itself as an enabler of the mobile ecosystem in Nigeria. This has been seen in the development of mobile sites for major online publishers within and outside Nigeria as well as the various campaigns done around content aggregation and dissemination as well as digital marketing.

at 8:35 AM
Email ThisBlogThis!Share to TwitterShare to FacebookShare to Pinterest