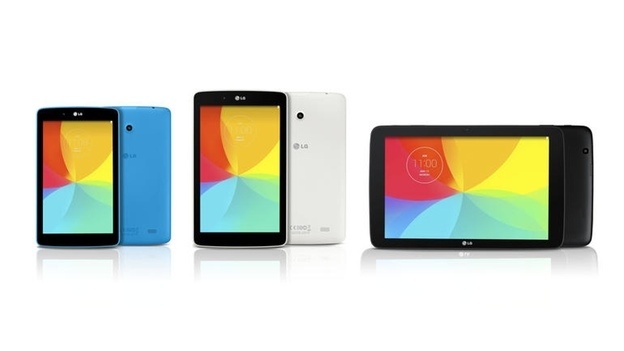 All three tablets will feature technology that LG already has on its smartphones, including the Knock Code feature - which switches the device on and off with a few taps.


LG hasn’t confirmed any other details about the tablets, other than their screen sizes. However, the images released along with the announcement suggest it will come with a plastic back and come in at least three colours: black, white and blue.

The company is expected to unveil information about pricing, specifications and availability on Wednesday.
at 8:24 AM
Email ThisBlogThis!Share to TwitterShare to FacebookShare to Pinterest