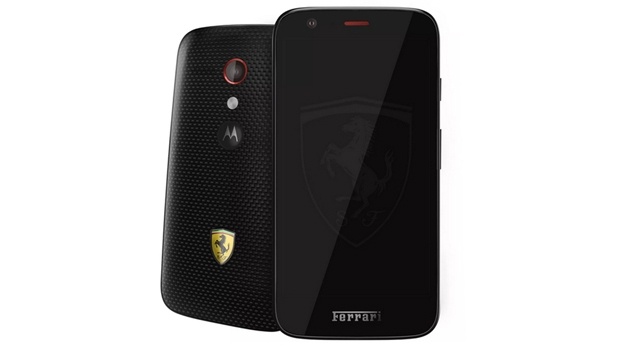 The Moto G Ferrari Edition also comes with a specs boost. For instance, it comes with 16GB of internal storage, compared to the 8GB of storage found in the bog standard Moto G.


Other than that, the specs remain largely the same. It comes with the same 4.5-inch 1280 x 720 display, Snapdragon 400 processor, 5-megapixel camera with LED flash and the latest Android 4.4 KitKat operating system found in the Moto G.

The Moto G Ferrari is expected to go on sale next month for around N90, 000.00. There’s no word on whether or not the company will be launching the handset around the world yet.

at 7:36 AM
Email ThisBlogThis!Share to TwitterShare to FacebookShare to Pinterest