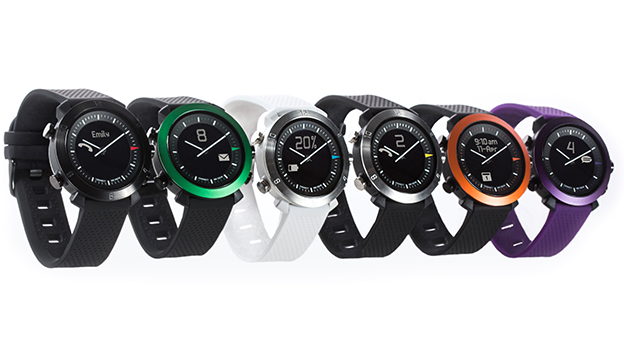 Cognito has revealed its own version of smartwatches called the " Cognito Classic" and "Cognito Pop" which showcased an analogue face.


The digital display of the Cognito smartwatch lights up when users have a missed call, message or social media notification by being connected via Bluetooth.

The  Cognito Classic is more expensive of the two, which gives information on who is calling, users' next calendar appointment and how much power the device has.

The Cognito Pop, on the other hand will light up and vibrate when users get a message, phone call or notification, but it won’t give users any extra information.

Cogito’s smartphone app allows users to choose which notifications they want to receive.
The smartwatch’s battery is more than a year  because of its silicon build,  with water resistant up to 100m, according to Cognito

The Classic is on sale now for N36,700.00 while the Pop will set you back N22,400.00
at 9:07 AM
Email ThisBlogThis!Share to TwitterShare to FacebookShare to Pinterest