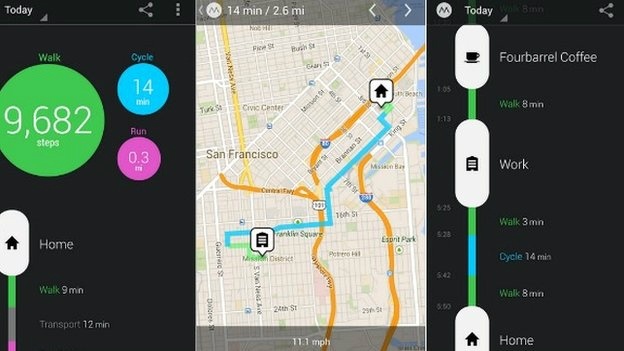 ProtoGeo announced the purchase and reassured its users: "For those of you that use the Moves app - the Moves experience will continue to operate as a stand-alone app, and there are no plans to change that or co-mingle data with Facebook."

The Moves app has reportedly been downloaded more than four million times for both iPhone and Android phones.

ProtoGeo has fewer than 10 employees and is believed to have been bought for a rather low price in comparison to other recent purchases.
at 6:45 AM
Email ThisBlogThis!Share to TwitterShare to FacebookShare to Pinterest