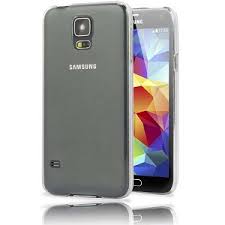 Samsung has finally unveiled Galaxy Alpha smartphone. The device which has a premium look is poised for a face off with Apple's fast-approaching iPhone 6.


The VP at Samsung UK's Mobile Division, Rob Orr, said “Built with the consumer in mind, the Galaxy Alpha focuses on both beauty and functionality. Combining a stunning metal frame and slim, light weight design with the same powerful hardware and features you’d expect from a flagship Galaxy mobile device, the Galaxy Alpha is perfect for those that want style without compromising on performance.”

The Alpha's touting a 4.7-in Super AMOLED display with a 1280 x 720 resolution, and runs off either a quad-core 2.5GHz CPU, or an octa-core processing unit made up of two quad-core chips clocking in at 1.8GHz and 1.3GHz respectively.

It's set to pack 2GB of RAM as standard, as well as 32GB of internal storage, although microSD has been given a miss so you're stuck in terms of upping capacity. It has an 1,860mAh li-ion battery, and the device is set to weigh in at a feathery 114g.

The Samsung Galaxy Alpha will run on the latest version of Android, namely 4.4.4 KitKat, giving you access to the full heft of Google's Play store.

In terms of connectivity, you're looking at WiFi 802.11, Bluetooth 4.0, USB 2.0, and NFC.
The device will be  available in Charcoal Black, Dazzling White, Frosted Gold, Sleek Silver, and Scuba Blue.

at 11:47 AM
Email ThisBlogThis!Share to TwitterShare to FacebookShare to Pinterest