The smiles and frowns of facial recognition 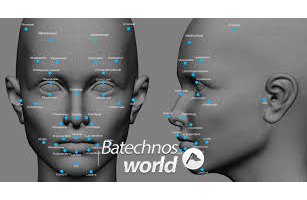 The use of facial recognition within surveillance systems is gaining a lot of traction locally, especially in secure environments such as border posts, as well as platinum- and gold mines where these systems protect employees against illegal miners and the mines themselves from product theft.


This acceleration in the uptake of facial recognition can amongst other factors be ascribed to the various strengths of this system that includes the ability to cut down on the need for additional security investment as facial recognition systems leverages a business’s existing equipment.

In addition, these systems employ mostly software-based technology and are capable of working with existing high-quality CCTV cameras and photo ID systems. Unlike other biometric security systems such as fingerprint scanners, facial recognition systems have the ability to operate without any physical contact and are also the only solutions that are capable of identification, without the need for subject co-operation by the subjects of the surveillance.

On the flipside of the coin, there are a couple of chinks in facial recognition’s security armour. Firstly, changes in people’s appearance might have an impact on some systems that are not robust, and secondly, the use of certain clothing items like eyeglasses, hats and scarves may result in the failure of some systems in identifying users.

Picking out criminal needles from the populous haystack

In order to ensure that facial recognition systems operate at optimal levels, these systems need to adhere to a number of requirements:
·         Cameras and image quality – Companies need to use cameras that record at the same resolution for enrollment (entering individuals into a face-recognition database) and surveillance purposes. The minimum camera resolution to be used should be HD-Ready (720p), but full HD (1080p) is recommended.
·         Lighting – Whilst doing enrollment as well as the camera surveillance, controlled lighting conditions need to be the order of the day, with direct frontal light yielding the best results as this allows for the even lighting distribution on each side of the subjects’ faces.
·         Facial position – When enrolment is being done, it is best to capture images of subjects’ faces from a number of different views to simplify the task of facial recognition by the system from almost any angle.
·         Alterations in appearance – If an employee makes a drastic change in their appearance such as growing or shaving off their beard or switching from contact lenses to glasses, they should go for additional enrollment sessions.

Biometric technology is already being utilized in South Africa thanks to the popularity of fingerprint scanners to limit access to certain areas to employees with the right clearance level. However, the future of the technology is facial recognition systems thanks to its improved effectiveness, accuracy, scalability and reliability of the systems involved.
at 7:56 AM
Email ThisBlogThis!Share to TwitterShare to FacebookShare to Pinterest