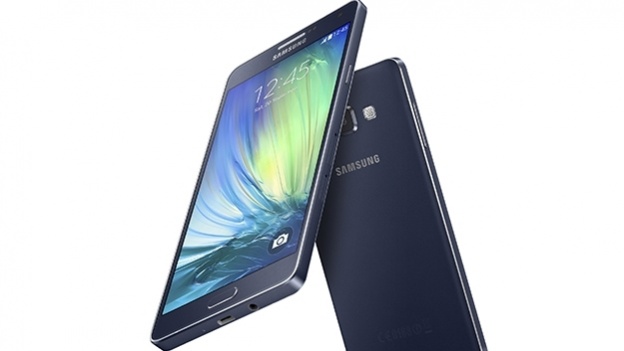 Samsung has just lifted the veil on its new smartphone, the Galaxy A7, and it's a stunner. Sporting an all-metal unibody that's just 6.3mm thin, it's one of the slimmest handsets on the market today. It's so thin it makes the iPhone 6 look positively over weight at 6.9mm. It looks like Apple's latest smartphone has a real fight on its hands when it comes to design.
The stylish look of the Samsung Galaxy A7 features a metal unibody that comes in three colours; Pearl White, Midnight Black and for the socialites out there, Champagne Gold.

Not only is the Samsung Galaxy A7 gorgeous enough to give Apple's iPhones a run for their money, but it's also packed with cutting edge hardware, including an octo-core processor which could leave the iPhone 6's dual-core processor in the dust – on paper at least.

The Galaxy A7 has the aesthetics and the features of a flagship smartphone, so much so that it wouldn't be much of a stretch to say that the A7 is the proper sequel to Samsung's upcoming 'real' flagship, the Galaxy S6 - but without the prohibitive price tag.

Rumours are circulating that Samsung's sexy iPhone challenger could be for N90,000.00. Stunning looks, great hardware and a very respectable price? Almost sounds too good to be true, but we'll find out soon enough when we get our hands on one.

Source: t3.com
at 8:55 AM
Email ThisBlogThis!Share to TwitterShare to FacebookShare to Pinterest