AKA Launches a Talking Robot 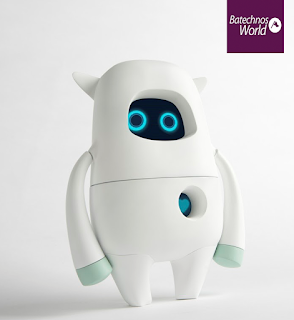 In other to help individuals improve their English skills, the Korean based firm, AKA, has launched a robot, named, Musio.

The android-based prototype can be found on Indiegogo and described by the developer as a "kind, crazy and smart friend that can talk back to you, grow with you- meaning it will change as it gets to know the owner, while also responding to moods".

According to AKA, it uses artificial intelligence and deep learning to chat to you, learning from conversations. In the same way that Siri or Google Now does, Musio can also remind you of important dates, send emails, answer questions and tell jokes.

It's currently available for purchase on Indiegogo, where the most basic version starts at N32,000.00. The chatty version-starts at N89,600.00.

The robot can also connect with other devices via Bluetooth so it will be able to control you heating, lighting and other connected home stuff. Presumably, if you upset it, Musio could possibly lock you out of your house.
at 2:29 AM
Email ThisBlogThis!Share to TwitterShare to FacebookShare to Pinterest