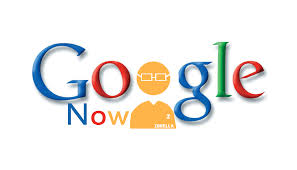 Google Now just got an update so you can ask it to send messages using your favorite services.

Between friends, family and work, we send dozens of messages a day. But there’s an easier way to do that than using your thumbs on tiny keyboards.

Starting today, you can send messages using some of your favorite messaging apps on your Android by simply talking to Google, just like you can already do to send quick emails, Hangouts or text messages.

With the Google app on your Android, you can already say things like “Ok Google, send a text to Taylor: I’ll be in town for the weekend, want to meet up?”—the same way you can ask Google all your questions by voice on your phone. Now, you can do the same with some popular messaging apps.

It supports WhatsApp, Viber, WeChat, Telegram and NextPlus in English at launch, though Google plans to add more support for apps and languages in the future.
Google Now supporting third-party apps for voice messaging is awesome news, particularly for countries that don’t use SMS very much.

Later this year in Android M, you’ll also be able to use Google ‘Now on Tap’ to get contextual information inside apps without having to leave.
at 6:18 AM
Email ThisBlogThis!Share to TwitterShare to FacebookShare to Pinterest